Like many other Venezuelans, I was astonished by last Sunday’s Presidential Elections in Venezuela. Unlike many, I am not referring to the allegations of electoral fraud. I have been working for weeks, perhaps months, with the Comando Venezuela (the opposition), and as painful as it may be we must admit the government has won.

What shocked me is that we don’t know Venezuela. I’ll try to illustrate my point with a story. Last Sunday I worked in the elections as an electoral witness for the opposition, and I had to call a woman working to mobilize votes in the Venezuelan-Colombian border. She told me “You guys in Caracas don’t understand. We have been threatened by Guerrilla groups, and other violent movements. And people we have to bring to the poll centers, who live up to 15 km away, are afraid to be seen with us. Many of them can’t read Spanish, so they have to be assisted while voting, and are afraid to be spotted. Besides, around here there is a huge drug trafficking and gasoline smuggling issue. And we have no money. We can’t even afford a cab or a bottle of water”. I was overwhelmed. I was working to defend our votes and prevent fraud, yes, but unlike this woman I was comfortably seated in front of a computer screen. While I was making phone calls and sipping a Guayoyo (for real), that brave woman was seemingly describing a different country. 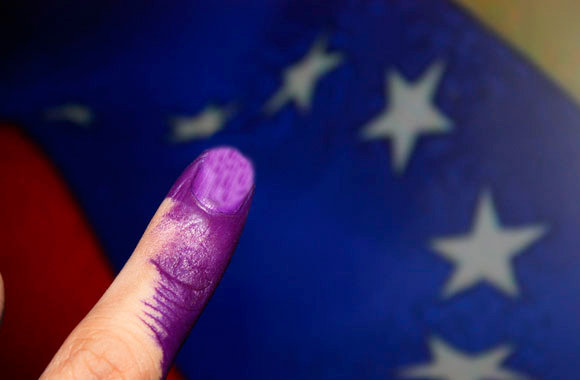 We Venezuelans, especially the youngsters, have to start to recognize each other. Many of my friends on Twitter were posting that the “ignorant” and “mediocre” had triumphed in Venezuela. I understood then that there is a lot to learn. We have to get to know our country, step out of the car and look out of the window. We must understand that Venezuela is huge and we are not alone, we share this land and this patria (Spanish for Fatherland) with millions of people who think differently. And we must treat them as equal. The fact that we could study doesn’t make us better than them, and it doesn’t give us “special privileges” to decide our nation’s destiny.

Don’t take me wrong, I’m not saying the government has fixed the aberrant economic inequality this country has. But we, foreigners to day-to-day reality of the majority of Venezuela, have not been able to convince chavistas (supporters of Chávez) that together we can build a better country. We know it’s possible to have a better standard of living, but we haven’t approached the opposite side to talk. To tell them it is possible to live with no fear to be mugged or killed, in a city where the government picks up the garbage and cleans the streets, there are no blackouts and there is always running water (Note to our international readers: having electricity and running water is not a constant in Venezuelan households). A country where there are public elementary and high schools, hospitals, universities, sport courts and even cultural centers. We haven’t tried hard enough to convince them we all together can transit to a better Venezuela: more inclusive, fair, safe, independent, productive and free.

There are also people talking about an alleged (and massive) electoral fraud. It is understandable, given our frustration, and because it is an easier way out: it is better to think that we have been “robbed” than to recognize the government has the majority, and we have a lot to do.

I’m 23 years old, which makes last Sunday’s election the first time I voted for a President. Like me, many have joined the opposition since 2006, fighting for freedom, and a safer and more peaceful country. We had exactly 2.175.984 more votes in these elections than in 2006 (source: National Elections Council or CNE, here and here). New voters, mostly youngsters, seem to have joined the opposition and not the chavismo.

To say they “cheated” because in the last parliamentary or regional elections the opposition won the states of Zulia, Carabobo and Miranda, means not to understand the core of the chavista phenomenon. There are plenty of supporters of Chávez who only vote in presidential elections, when he himself is in the ballot. In this election 2.638.732 additional voters gave their trust to this government, when compared to 2010 parliamentary elections. It’s a candidate who says it doesn’t matter if there is no electricity or water, what matters is the Patria, and still motivates his followers to vote for him.  I am not exaggerating; he did say it during the last few weeks.

Saying there has been fraud is not to recognize our own effort; it is disrespectful of us who worked in the defense of the votes: nearly 200 thousand people including witnesses and volunteers in and out of the poll centers. Above all, an election can only be won by attracting more voters, and to imply voting is useless because “they will cheat” is exactly the opposite. We must be thoughtful, accept our defeat, and be up to the campaign we just finished. Following Henrique Capriles Radonski (the main candidate besides Chávez) the youth, and many Venezuelans from all ages, have participated in a brilliant political campaign. There are no words to describe the avalanche that visited over 300 towns in 3 months, that filled Venezuelans with hope of a better future, during which nobody was insulted or offended, and hatred was the only defeated. 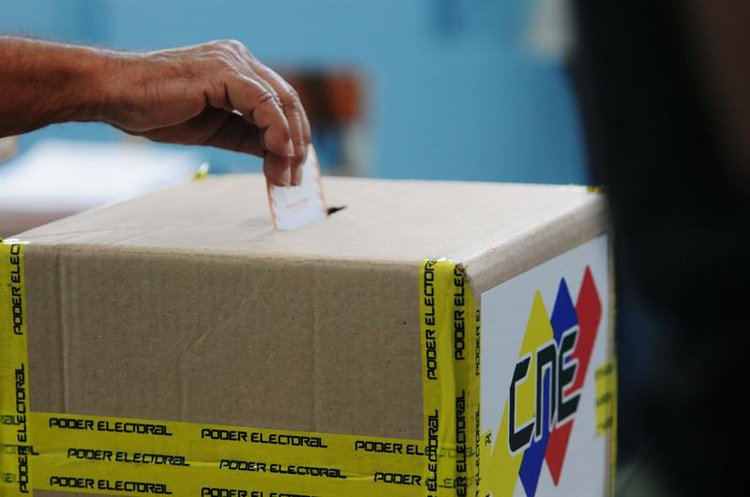 This is why I am convinced that Venezuela is the place to be, following also subjective and objective reasons. On the subjective side, I have lived abroad and know it feels awful, that one as a foreigner “doesn’t fit” in society, and that there is no place to be like your home country. Because if there is people like the woman from Apure (a state in the Venezuelan-Colombian border), who fights against guerrilla to sum each and every vote, this country is worth fighting for. Because during my work with La Fuerza Joven (a political group of the opposition consisting mostly of young people) I discovered that many of us who have the actual opportunity to leave the country decide otherwise, and fight here. And because we want every Venezuelan, including those who see in President Chávez the solution to their problems – and honored him with their vote – to live better, understand and recognize each other, and to abandon all hatred. And we want to live a better life.

Among the objective reasons we have to consider our electoral growth, even though modest, that shows a laudable effort against a Goliath who uses indiscriminately the State’s resources for propaganda; against a government who amended the constitution to stay indefinitely in power; and against a presidential system which gives way too much power to a single person. With that aberrant disadvantage we manage to convince almost 6 and a half million Venezuelans we can live a better life, we can find each other and work together to build a path toward progress.

The young people in this country have inherited this social conflict. We did not participate in its creation. We did not ignore the poor majority of the country. But we are the ones to fix it. Leaving the country can be the easy way out, but it will definitely not solve our problems. Only getting to know our country, approaching those who think differently, and working together as an ensemble we’ll make it. “We can only appreciate the miracle of a sunrise if we have waited in the darkness”. Fortunately, the Venezuelan sunrise is getting closer, even if we are too sad to notice…